Heather Bradford, Socialist Action's candidate for Vice President, publishes an article entitled New anti-abortion laws: How should we respond?  Ms. Bradford is a good writer. The article is worth reading.

I have generally stayed out of the abortion debate because I'm conflicted. While I'm very sympathetic to the pro-life cause, it is clear that in this era of modern medicine totally banning abortion is utterly impossible. However bad abortion may be, it is occasionally a necessary evil. Somebody has to make a decision about when that necessity arises, and our current compromise--that the mother makes that choice during the first three months, while the law and the courts render judgement later on--seems reasonable. So I generally support abortion laws as they have existed since 1973.

So I'm not here to defend Alabama's draconian legislation essentially banning all abortions. Indeed, I'll suggest the law was passed precisely because it will never take effect. If Roe v Wade is ever overturned, the gross cruelty and impracticality of such a ban will force its repeal.

My mission here is not so much to disagree with Ms. Bradford's conclusion as to analyze her argument. Her argument doesn't make very much sense.

While she never comes out and actually says it, it appears Ms. Bradford is against any restrictions on abortion at all. She likely supports the bills floated in New York and Virginia that would permit abortion up to and even after birth--essentially legalizing infanticide. People who support those kinds of laws must really hate babies!

It's one thing to suggest that aborting a 20-week fetus isn't the same thing as murder. But killing a nearly-born or already-born baby certainly is.

Bill Clinton famously said that abortion should be safe, legal, and rare. An appropriate role for pro-life groups is to ensure that last condition. Laws that demand a waiting period, suggest counseling, or offer other alternatives are, I think, entirely appropriate. Making abortion completely illegal is not.

The connection between abortion and working class politics has always been mysterious to me--even when I was a Trotskyist myself. The issue crosses class, racial, and gender lines, and is more a moral and religious issue rather than an economic one. Ms. Bradford attempts to justify her political interest in abortion, which is the weakest part of her article.


Social Reproduction theory grounds the tasks of building a global anti-capitalist feminist movement. Understanding social reproduction theory (SRT) is vital to combating anti-abortion laws in the context of capitalism. SRT posits that capitalism does not reproduce the labor power required to perpetuate itself. In other words, capitalism produces goods and services, but doesn’t in itself produce workers and due to profit motive (wherein profit is derived from surplus value of labor), capitalism does little to provide for the upkeep of workers. Thus, women are tasked with supporting the continuation of capitalism through biological reproduction, the care of non-laborers such as children, elderly, or people with illnesses, and unpaid household labor such as cooking and cleaning.

The premise is that capitalists pay workers so little that they can't support their families. Were this true then poor people would have a lower fertility rate than rich people. This is not true--indeed, quite the opposite. Fertility is lowest in the richest countries--Japan, Germany, Italy. And highest in very poor countries--Yemen, Uganda, Philippines.

In the US the evidence doesn't support SRT, either. The most fertile populations in our country are Amish and Orthodox Jews, who number among the poorest populations. More generally, birth rates are highest for the lowest income groups, and decrease as family income rises.

SRT also states that capitalist governments will "force" women to bear children. If so, they are remarkably unsuccessful at it. Presumably Socialist Action believes China to be a capitalist country--yet far from maximizing fertility they enforced a one-child policy for several decades. Accordingly their fertility rate is well below replacement: 1.65 children per woman.

Ms. Bradford does not think activists should wait for the Supreme Court to overturn the Alabama law. She correctly suggests that the Roe v Wade ruling is constitutionally shaky. "The courts have never framed abortion rights as fundamental to ending the oppression of women or gender minorities." Not sure how she comes up with ending oppression to be within the remit of the Supreme Court. The word "oppression" does not appear in the Constitution at all.

Reliance on the Supreme Court


...has lent itself to a cultish following of Ruth Bader Ginsburg, who is viewed as a liberatory figure who must never retire (or die), lest abortion rights be overturned once and for all. The centrist justice is celebrated for her support of women’s rights, but her critique of Kaepernick’s taking a knee (which she apologized for), ruling against paying overtime to Amazon workers, support of warrantless searches in Samson v. California, and failure to condemn solitary confinement within the prison system in Davis v. Ayala mar her record.

In other words, court rulings should not be based on the Constitution, but rather entirely on Ms. Bradford's personal opinions about this or that. So it's a little rich for her to claim that


[t]he presidential nomination of and lifetime tenure of Supreme Court justices and federal judges is fundamentally undemocratic. The feudal nature of these courts should be questioned and challenged.

She wants to substitute the rule-bound, Constitutionally-appointed Supreme Court with Heather Bradford as dictator and Empress of all the Americas. This hardly seems like a step toward greater democracy.

Ms. Bradford is convinced that access to abortion is a fundamental human right, and therefore it should be included in the "free" medical care that all socialists want to provide for us. Of course it's not free--somebody's got to pay for it. Since abortion is less a medical decision than a moral or religious one, it is not obvious that it should be included with "medical procedures." So I think her opposition to the Hyde amendment (which prohibits using federal funds to pay for abortions) rests on weak ground.

Society has at least some interest in ensuring a healthy population--at very least curtailing the spread of contagious diseases. We likely have some right to insist that everybody get a measles vaccine, for example. But no such reason exists for funding abortion. The people who are required to pay for it don't object primarily for financial reasons--that's trivial--but rather for moral ones. In a free society one should not be forced to violate one's moral conscience but for overwhelming necessity. Abortion does not rise to that occasion.

I disagree with Ms. Bradford and I support the Hyde amendment. Given the fact that it's received bipartisan support over many decades, I suggest the majority of Americans agree with me.

On most issues the Millennial generation is more liberal than the Baby Boomers. But polls show that there is little difference in opinions about abortion between the two generations. While most people of any age will oppose the Alabama law, few people will agree with Ms. Bradford and claim that abortion is a fundamental human right. It's too complicated for that.

I'm uncomfortable with abortion. Yet I think it has to be legal. Like a majority of Americans, my opinion is conflicted.

Posted by Daniel Jelski at 9:50 PM 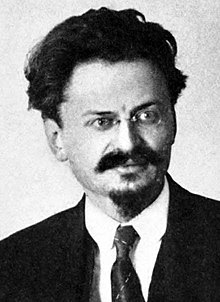 A former Trotskyist, now a Republican, looks back at his former comrades.

What I Regularly Read